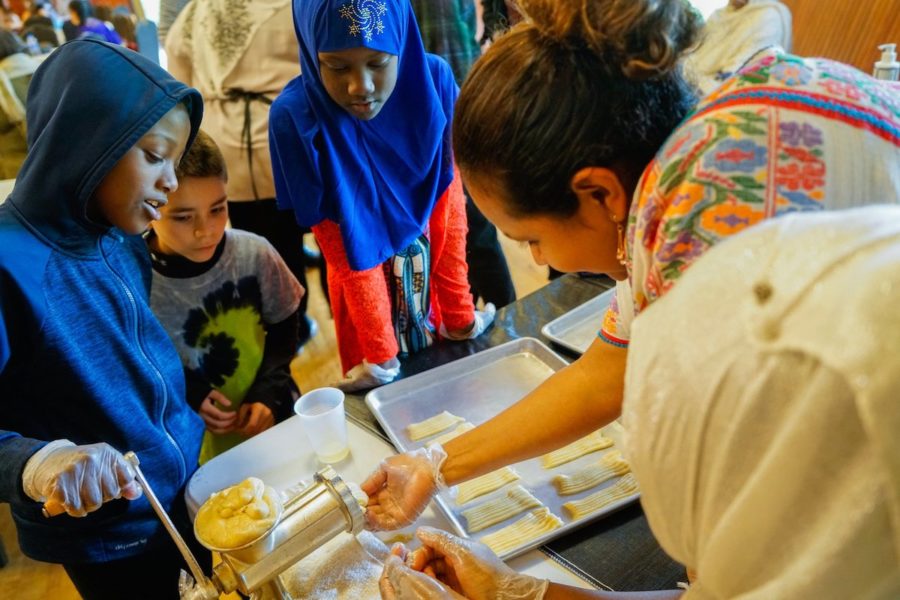 FIN embraces the diversity of our community and strives to create safe, welcoming, and inclusive community events and programming. We are committed to being an ally to immigrant and refugee communities, and anyone facing discrimination based on their identity. Scroll through our event calendar below for information on upcoming events, trainings, workshops, and more.

If you have events to share, please email Sheelan@foodinnovationnetwork.org

The Splendid Table Live in Seattle

Seattle has long been at the forefront of the foodie revolution, featuring local producers, fresh ingredients and forward-thinking chefs. KUOW is excited to continue this proud tradition and welcome The Splendid Table for a live in-person event Friday, April 29, 2022 at 7 p.m. at Benaroya’s Illsley Ball Nordstrom Recital Hall in Seattle.

Host of The Splendid Table, award-winning food writer Francis Lam, and featured guests from the region’s culinary community will explore how Seattle’s culinary community has evolved, innovated, and thrived during the pandemic. For over two decades, The Splendid Table has celebrated the intersection of food and life. A culinary, culture and lifestyle program, it has hosted our nation’s conversations about cooking, sustainability and food culture, introducing us to generations of food dignitaries. Purchase your tickets here.

Francis Lam is host of American Public Media’s The Splendid Table, and an award-winning food writer.

J. Kenji López-Alt is a chef, parent, and New York Times best-selling author of The Food Lab (winner of the James Beard Award for General Cooking, and International Association of Culinary Professionals’ Book of the Year) and Every Night Is Pizza Night, illustrated by Gianna Ruggiero. He is a New York Times food columnist, and the host of Kenji’s Cooking Show, with over a million subscribers on YouTube. He lives in Seattle, WA.

Angela Dunleavy is CEO at FareStart, a nonprofit organization that transforms lives, disrupts poverty and nourishes communities through food, life skills and job training. Prior to her role at FareStart, Angela was co-founder and CEO of Ethan Stowell Restaurants, a Seattle-based hospitality group. Angela is on the Board of Directors for Seattle-King County Workforce Development Council, the Downtown Seattle Association, and the Seattle Metropolitan Chamber of Commerce.

Ruby de Luna is a features reporter at KUOW.  Ruby has reported on immigrant communities and healthcare. She currently covers food and how it intersects with health, communities and culture.

Theary Ngeth launched Theary Cambodian Foods to provide comfort and connection for others, and to preserve and share her cultural food traditions. When Theary was 5 years old, she and her family escaped the Khmer Rouge on foot, making a dangerous journey from Cambodia to Thailand and then immigrated to the United States. She became excited about cooking for others when she was recruited to prepare weekly meals for a group of Cambodian seniors. Theary now runs a kiosk at Spice Bridge, a food hall in Tukwila, and aspires to one day have a space of her own.