SeaTac business owner, Dieynaba, opened Saran African Market in 2010 in honor of her mother, Saran, who owned and operated a food wholesale and distribution business in Côte d’Ivoire. Dieynaba’s own journey began when she immigrated to the US in 2002, following the passing of both of her parents, with the goal provide financial support for her family back home. Her arrival to the US, however, was met with several drawbacks, one of them being her departure from university where she was studying math, physics, and chemistry. Instead of the promising land of opportunity, Dieynaba was met with a confusing immigration system and highly competitive job market. Language barriers, inability to continue school with her visa, and the high cost of living made it difficult to send money home.

Dieynaba found herself braiding hair to make ends meet, while she worked toward her entry into the US job market. Within that time she began to build a reputation for herself within the West African community and within Dieynaba noticed a vital need for more access to African goods within the community. By gathering community feedback she was able to open a shop that caters to her community’s needs and showcases the cultural resources of many African communities. Saran African market carries goods that are otherwise hard for her community to find including food, personal products, clothing, and a hair braiding salon in the back. For the past five years her shop has grown in its success and popularity but with the introduction of the new light rail station, and rising costs of rent, the future of Dieynaba’s business is filled with rising uncertainty. The 200th Street light rail station, less than a block away and scheduled to open late 2016, has come with the promise of increased store traffic and sales. Over a year of construction though, has brought only a crammed parking lot, off-putting noise from construction, and so much dust that Dieynaba has had to close her back-of-store salon.

Keeping stock of her most popular items, like smoked catfish and cassava products, helps the community stick with her during construction. She hopes these same products will bring in new customers from the station; some happy to find a reminder of back home and others seeking to experience the diversity of SeaTac. If the light rail station is able to deliver on such promises, Dieynaba will be able to take the next step in her business. While much of her food products are imported, Dieynaba dreams of a future where she owns a piece of land to grow and process some of these items locally. 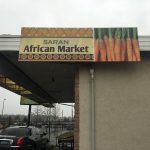 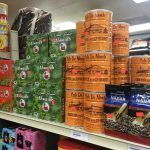 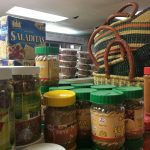 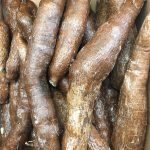 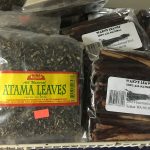 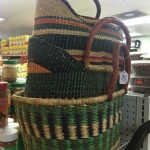 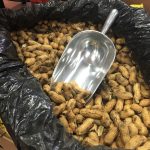 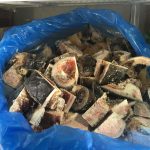 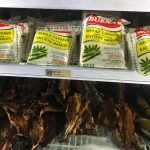 What advice does Dieynaba have for other budding entrepreneurs? “Save money and plan ahead. It’s good to have at least six months to a year’s worth of savings before opening a business, also take workshops in bookkeeping and cash flow as you’ll find them to be helpful with your business.”